This article was originally published in Alaska Magazine in September 2013.

I wasn't surprised to see the northern lights that night. They seem to appear to mark the milestones of my life. On this occasion, I was viewing them from the stern of the state ferry Malaspina on the way to Juneau from Haines. They were stretching from horizon to horizon and, center stage, was the Big Dipper shining out from behind them. The occasion? Today I had visited and photographed the final wilderness of the 18th wildernesses of the Alexander Archipelago of Southeast Alaska.  An accomplishment unheard of before, and one full of surprises even for a lifelong resident of Southeast that I am.

What is wilderness? Congress wrestled with that definition in 1964 when they passed the Wilderness Act. What they came up with is about as poetic as legislation can be.

‘A wilderness, in contrast with those areas where man and his own works dominate the landscape, is hereby recognized as an area where the earth and its community of life are untrammeled by man, where man himself is a visitor who does not remain.’

The land designation of wilderness is the most protection that can be granted by law. Roads, structures, and mechanized vehicles are all prohibited. Wilderness areas are more protected than national parks. Only Congress can designate a wilderness area. Only areas that are pristine and primitive can be considered for protection. Only in Alaska can you sense the essence of the ancient meaning of the “wild” in wilderness.

I was four years old when the Wilderness act was passed. Growing up in Ketchikan Alaska, I could walk out my back door and hike for weeks without seeing any sign civilization. I didn't know that I was spoiled back then, but after going to school in the “lower 48,” and spending time on those populated trails, I began to feel the enclosure that exist outside of Alaska. In the lower 48, wilderness areas, rather like islands, are surrounded by a sea of civilization. In Alaska, pockets of civilization are islands scattered through a sea of wilderness. My subsequent years of world travel only confirmed what I had come to realize - Alaska is special.

There are 18 congressionally mandated wilderness areas in Southeast Alaska. 13 of those were created by the Alaska National Interest Land Conservation Act (ANILCA) in 1980. Congressional hearings on this piece of legislation were held in Alaskan cities. I was 18 years old and attending Ketchikan High School when the congressional hearings came to our town and our high school auditorium. I remember how well dressed the visitors from Washington were - ironically the antithesis of what you would be wearing to visit the wilderness they were creating. No wonder the town folk testified mostly against what was perceived as a land “lockup” by “outsiders.”

The personification of the local antagonism was President Carter, who had invoked the Antiquities Act in 1979 to set aside 56 million acres as a protected monument. The area protected was larger than the state of Minnesota. It was the largest amount of land ever set aside under the Antiquities Act. The backlash was predictable. In the next term, Congress amended the Antiquities Act so that the president was limited to selecting 5000 acres. In his memoirs, Carter would list his conservation achievements in Alaska as one of his top accomplishments as president.

So President Carter had bought his horse, but it didn’t come with a stable, caretakers, or hay. ANILCA was needed to decide how these wilderness areas would be managed. December 2nd, 1980 the Act was made law and the new wilderness areas were placed under the jurisdiction of the Forest Service. In 1990, the Tongass Timber Reform Act added 5 more wilderness areas to complete the “Alexander Eighteen.” Eighteen wilderness areas made possible by the 1964 Wilderness Act. 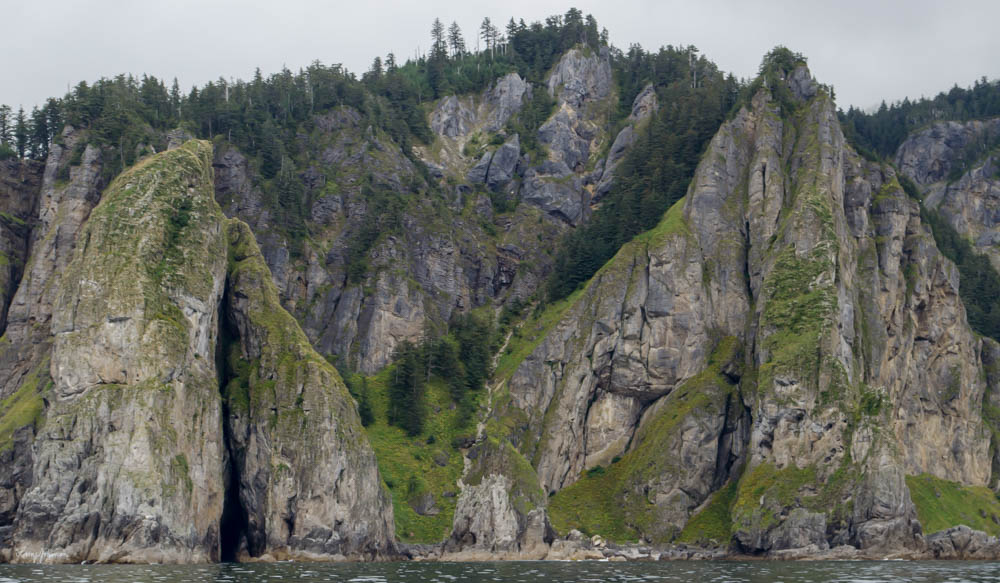 I was in Craig, Alaska at the Prince of Wales District office getting the upload from ranger Victoria Houser on the wilderness areas in her district, when the diversity of each of the Alexander Eighteen dawned on me. Previously, I had perceived it to be a homogeneous rainforest. How wrong I was…

There is mystical Coronation Island on the outer coast of Prince of Wales.  The limestone formations there left a coastline dotted with caves and wave-washed cliffs. The irregular shapes made the whole island look like a fairyland. 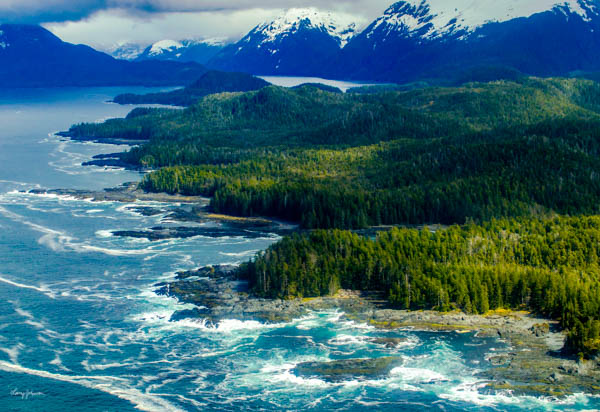 Running up one side and down the other, South Baranof Wilderness contains more alluring fjords than any other wilderness I have seen; but it is rarely visited.

South Prince of Wales is a collection of islands exposed to the open ocean. It is a treasure trove of subsistence feasts for the local natives who are both brave and smart enough to snatch a meal from the sea.

The Stikine River is the grand entrance overland; squeezing past glaciers and winding its way through the mountains to the archipelago. It is, and always has been, a corridor for migrating people and animals.

And then there is the Endicott River- a golden valley of willow, alder, and cottonwood,  surrounded by a forest of evergreens. Southeast Alaska is dotted with many micro climates and the Endicott River is one them.  If someone had blindfolded me and then asked where I was, I might have said Colorado. 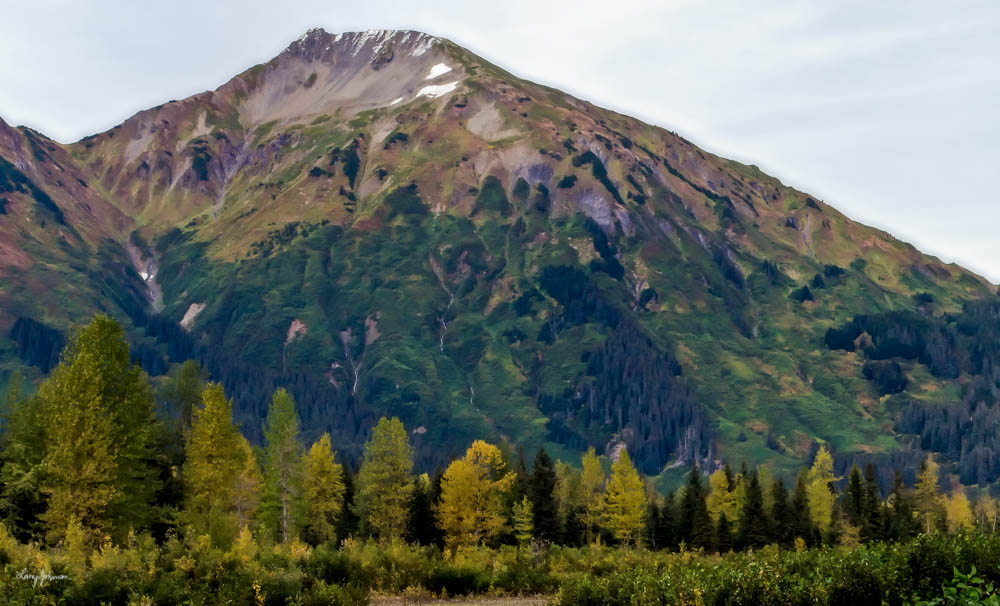 Everyone has heard of Tracy Arm, but the area also includes Ford’s Terror. It was named after a British seaman who was caught on the wrong side of a current rushing out of narrow fiord. In my opinion, Tracy Arm/Ford’s Terror is the defining example of Alaskan splendor.

Misty Fjords is the largest of the wilderness areas. There, trees grow on the sides of cliffs 3000 feet high. At one time it was known as Forest Reserve No.1 - in reference to its timber status. Setting this area aside as protected wilderness was the greatest source of controversy at the 1979 Ketchikan congressional hearings. Ketchikan’s largest employer was the pulp mill. Besides timber, a discovery of a large deposit of an ingredient of steel called molybdenum had been discovered in middle of the proposed wilderness.

Political compromise in ANILCA allowed for extraction of the molybdenum and allowed for other exceptions in the wilderness as well. The most notable was the continued use of traditional means of mechanized transport. In Alaska, that means bush planes but not helicopters. On the Stikine River it means jet boats are allowed. Native subsistence rights were protected as well.

It’s early in the morning and my apprehension builds as I prepare to be dropped off from the expedition vessel MV Wilderness Discoverer.  A skiff is running me to a remote, un-visited, un-named cove along the south side of Endicott Arm where I will be entering the Chuck River Wilderness.  I plan to bushwhack my way up to a ridge that looks to have a spectacular vantage point.

As the guys from the ship motor me ashore, I can see them getting excited with me at the what unfolds before us as we enter the bay. Large chunks of icebergs have floated ashore from the nearby glaciers, and the sun is breaking through a foggy mist. As the boat pulls away, I’m left alone in a natural world so astoundingly beautiful that it beckons me to linger at every step. It is so quiet that I can almost hear the misty steam rising off the massive boulders scattered on the beach. 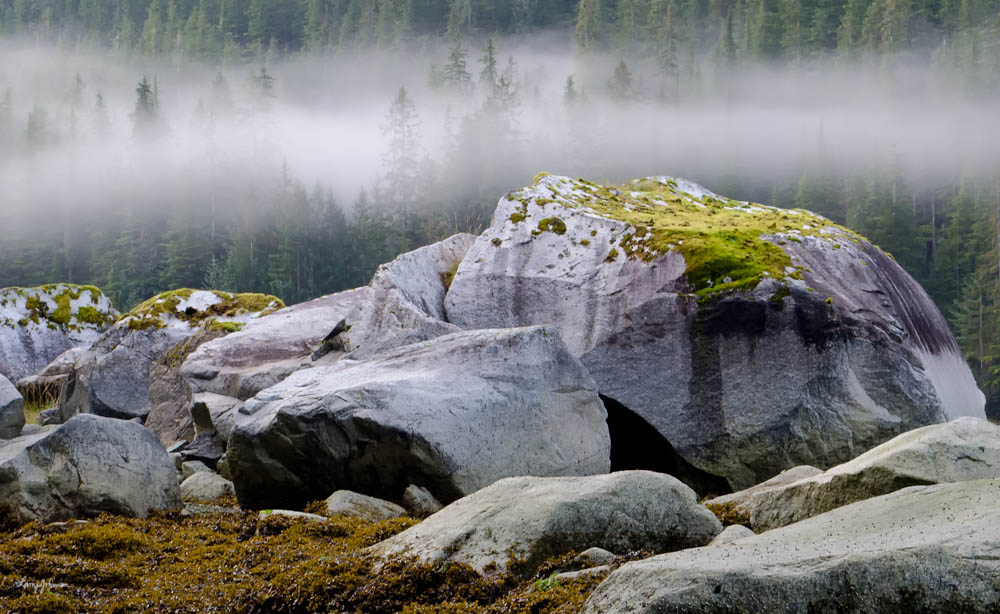 Stepping into the forest, I feel my senses amplified.  On a trail, there is a reassurance that always resides in the back of one’s mind- “I know I’m OK because someone has been here before.” In true wilderness, you begin to sense a new hierarchy and it dawns on you that you have been demoted in rank. Being in the middle of primitive wilderness is like swimming in waters over your head for the first time.

I push up the mountain, my instinct tells to keep to the left. I follow game trails when I can, but the game that follows these trails apparently have been on a diet because they are pretty narrow.  With no trail, I am forced to read the land carefully and choose the path wisely.

Four hours of hard bush-whacking bring me through some of the strangest rainforest I have ever seen, featuring a forest of glacial erratics (boulders) the size of houses. A thick layer of moss covers everything, and stretches between boulders like snow over an ice field. I find myself poking the moss in front of me searching for hidden crevasses. If I were to slip into one, I might never be found. There are obvious bear dens scattered among the boulders, like some sort of a high rent condo association for bears. I push on.

Bushwhacking in the Alaskan rainforest is only for the patiently determined. Pushing your way through thick underbrush is a constant struggle. It’s best to choose the path of least resistance. I can almost hear a Zen master speaking, “Grasshopper, be like water. Water always finds its way!”

The day is getting away from me and I need to turn back soon. I have reached a small meadow high up on the ridge. The chance of seeing anyone else here is almost zero. In fact, it would have been un-nerving to have done so.

I contemplate the silence around me. It is so quiet that I notice my own breathing. It’s a gift, really. How often do you find a place in this world where silence is so dominant that it calls attention to itself? It is this very essence of wilderness that wilderness managers are struggling to maintain. There are studies being done to map the soundscapes of wilderness. We all know about the right to remain silent, maybe what we need now is the right to have silence. I consider turning back.

I pause and tune into my surroundings. After awhile the wind suddenly changes its direction. A stiff cool breeze races through the trees. The leaves rustle a loud protest at the indignation of now being blown the opposite way. It is a sign too powerful to ignore. I head back down the mountain to the beach where Butch and his float plane will meet me.

From the book "The Alexander Eighteen: The Story of 18 Wilderness Areas in Alaska" by Larry Johansen

Available as an ebook for $5 at the Itunes Bookstore